Let's make a contribution on the way to the championship!

A young businessman from Sakarya, Habil Genç, the owner of Hasbil Tarım, supported the management with the jersey he bought, like many other businessmen. 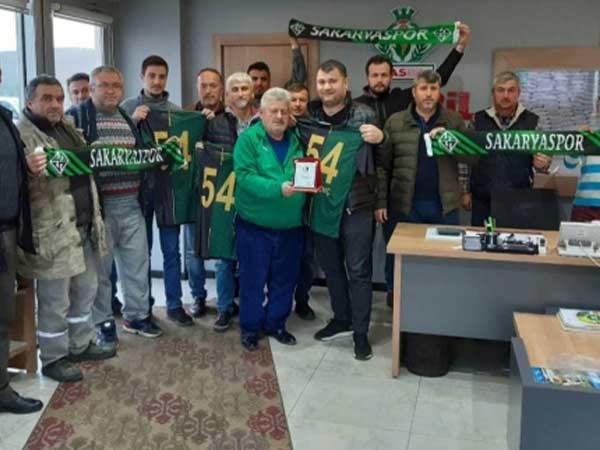 I'm in: Habil Genç, who said, "Let me contribute to Sakaryaspor on its way to the championship," purchased the Sakaryaspor jersey, which was brought to him by the tribune leaders together with his employees, and supported the team.

Continue: Habil Genç, owner of Hasbil Tarım, also participated in the campaign, which attracted great interest from the fanbase as well as the municipalities, businessmen and non-governmental organizations, and said that he would always be ready for support.

Increasing: Jersey sales, which came to a standstill with the game lost in Velimeşe, but increased again after the game won in Elazığ, will continue today. Sivasspor president Cumhur Genç thanked everyone who supported them in the campaign.